With an increase of 11 percent compared to the previous year, the trend of success continues. With an export quota of 88 percent, the internationalisation of the agricultural machinery manufacturer remains at the same high level. The key to this success is the 1,929 highly motivated employees, the excellent partnership with dealerships and the investments in manufacturing plants that make innovative products and services.

Pöttinger, the specialist for grassland and arable farming, has a high level of innovative strength that is backed by many years of experience and an ongoing spirit of inventiveness. The product range is practical and varied: it covers the needs of small farms in alpine regions as well as the requirements of large-scale operations. As the world market leader in loader wagons, Pöttinger is now defending its No. 1 position with the impressive new generation of JUMBO multi-purpose rotor loader wagons. In mower technology and mulch seed drills, the Austrian company is among Europe’s top brands. Further innovations are to be launched in the autumn.

The chapters of success that drive turnover

With a 69 percent share of machine turnover, grassland machines account for the highest turnover. The arable sector with tillage and seed drill technology achieved a share of 31 percent of overall machine sales. Both divisions saw consistent positive development.

The Original Spare Parts business unit continued to develop well with an increase of around 8 percent. The performance of the spare parts logistics centre and customer services during the critical period of the pandemic made a major contribution here in particular. The concept of long-term availability of spare parts and the wear parts lines (DURASTAR and DURASTAR PLUS) have had a very positive effect on this segment.

Roots in Austria – at home throughout the world

Pöttinger’s international presence with 16 sales locations worldwide and four manufacturing plants in Europe has proven to be crisis-proof. The different effects of the pandemic could be compensated for very well in each case, as proven clearly by the export ratio of 88 percent.

Since its founding in 1871, a small workshop in Grieskirchen (AT) has developed into an internationally successful agricultural machinery manufacturer that still remains true to its roots. The close ties to the domestic market of Austria are also reflected in the positive development: The share of turnover in total sales amounted to 12 percent in the past financial year. This confirms that Pöttinger’s home country is still one of the strongest markets.

Almost 60 percent of total turnover was achieved in Germany, France, Austria, Poland, Switzerland and Great Britain. Germany with a turnover share of 18 percent and France with 15 percent are again the largest single markets. Fortunately, sales in both markets remained more or less constant over the past financial year.

Sales overseas also developed extremely positively: Canada with + 48 Percent and Australia with + 33 percent are the absolute leaders here. Other markets with strong growth include European countries such as Great Britain, Hungary, Norway and the Baltic States. Russia even recorded an increase in turnover of + 151 percent. In all these countries the activities of the sales team and the expanded product programme made a valuable contribution here.

It is people who write history

From the very beginnings of the company in 1871, the focus has been on people. Franz Pöttinger founded the firm together with his wife Juliane. Thanks to the tireless inventive spirit, courage and hard work – the famous Pöttinger spirit – the company grew as more and more employees joined the team. Its international presence is also reflected in the 1,929 employees, who come from 36 different nations. The number of employees increased slightly compared to the previous year.

Innovations and investments are part of the success story

150 years ago, the company founder certainly never dreamed that the fourth manufacturing plant would be opened in 2021: The new assembly plant in St. Georgen (not far from the group’s headquarters in Grieskirchen – AT) completed the four-leaf clover. The official opening ceremony at the beginning of June 2021 included the ground-breaking for the next stage of expansion to handle the increasing volume of orders. As a result, the production of grassland equipment is located entirely in Austria. The seed drills are built in Bernburg in Saxony (DE) and the tillage centre is located in Vodnany (CZ).

The pandemic prevented major celebrations and events being held for the 150th anniversary this year. That is why the agricultural machinery manufacturer used new, virtual methods for presenting products and information. And the founding of the company was indeed officially commemorated through various online platforms (virtual trade fair, social media, etc.) and with anniversary machines and numerous promotions and gifts for its employees.

Honour the past – be the future.

Amazing things have happened at Pöttinger over the past 150 years. Then as now, having a focus on people and a down-to-earth approach is important to the family-owned company. The company has set itself the goal of making people in farming more successful. “We feel a close connection to farmers, and backed by the motto “Everyone needs agriculture”, we are committed to boosting the appreciation of this community. With a view to the environment and future generations, we also place great emphasis on sustainability and the conservation of resources,” says Gregor Dietachmayr, Spokesperson for the Management Team, in explaining the company’s mission. These topics are always at the forefront, both in the development of agricultural technology and in the construction of new plants.

Pöttinger has experienced many ups and downs during its long success story and has always emerged stronger. “Even in the difficult financial year 2020/2021, a year that has seen many changes, we have demonstrated our resilience, commitment and determination. We even succeeded in celebrating the anniversary year with a record turnover”, Dietachmayr is pleased to announce, going on to say: “As a source of innovation with a strong team of highly motivated employees, a very well-developed network of dealerships and with a view to the future and the needs of the market in terms of digitisation, sensor technology, etc., we are ideally equipped for the challenges ahead.” 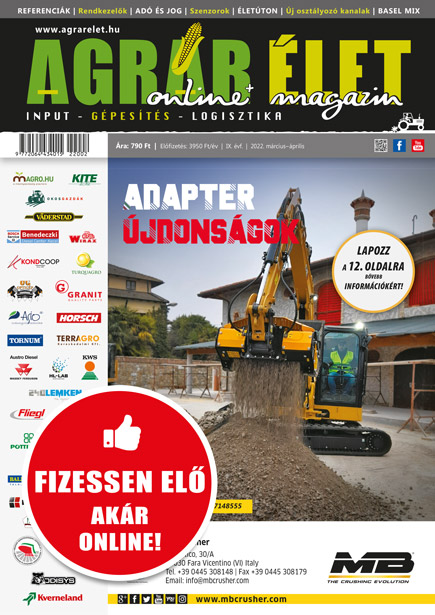